Matt 16:6 “Then said Jesus unto them, Take heed and beware of the leaven of the Pharisees and of the Sadducees.”

Leaven was used in Scripture times to produce fermentation in dough so that it would rise before baking. Usually a little lump of dough was set aside for the next baking and allowed to ferment. When this sour dough was added to the new lump the whole batch would be filled with bubbles and so rise. Today yeast is used for that purpose.

In itself there was nothing wrong or sinful about leaven, but because fermentation is the beginning of corruption, the Bible uses leaven as an emblem of sin and corruption. Thus St. Paul writes 1 Cor 5:8 “Therefore let us keep the feast, not with old leaven, neither with the leaven of malice and wickedness; but with the unleavened bread of sincerity and truth.” Unleavened bread was used in religious ceremonies, especially at the Pass­over. We use unleavened bread in the Lord’s Supper.

In our text Jesus compares the false doctrines of the Phar­isees and Sadducees with leaven because of its permeating and corrupting influence.

There is only one Bread of Life, one food for the soul, the Christ-centered Word of God. This food strengthens and nourishes the soul, and gives man the power to draw near to God. “I am the Bread of Life,” says Jesus our Lord. He is our only Savior and Redeemer, He is the only way to the Father, He is the only food and life of the soul. Whoever believes in Him has the

Matt 6:12 explains what Jesus means by “leaven” in our text. “Then understood they how that he bade them not beware of the leaven of bread, but of the doctrine of the Pharisees’ and of the Sadducees.”

What was the doctrine of the Pharisees? They were the strict­est sect among the Jews and made their appearance many years before Christ. They taught the immortality of the soul, the resurrection of the body, and believed in angels and spirits, (Acts 23:8) So far so good. However, one of their main doctrines was that by keeping the Ten Commandments a person could merit eternal life. Lawyers assumed an important role among them for these men had to find explanations for the commandments which could be kept by man, at least outwardly. Tradition was added to their religious system and became as important as the written Word for them. Matt 15:3, Jesus upbraided them by saying, “Why do ye also transgress the commandment of God by your tradition?” It is easy to see why the Pharisee in the temple was so pleased with himself because he thought he was just about perfect, Luke 18:10-14. We can readily understand why Jesus said in Matt. 5:20 “Except your righteousness shall exceed the righteousness of the scribes and Pharisees, ye shall in no case enter into the kingdom of heaven.” No one can be saved by the keeping of the law. “That is absolutely impossible. The leaven and principle of the Pharisees was that the Bible and tradition are the source of truth and doctrine in the church.

What did the Sadducees teach? They were opposed to the Phar­isees. They were fewer in number, very well educated, and claimed to believe in the written Word alone. However, they used reason in interpreting the Scriptures and so denied many clear doctrines of the Bible, such as the existence of angels and spirits. Neither did they believe in the resurrection of the body, Acts 23:8. This was the leaven of the Sadducees, whose principle was that the Bible and reason are the source of truth and doctrine for the church.

Imagine the result if we would allow such leaven, such false doctrines, to be put into the pure Bread of Life. An offensive odor would developed and a sour taste would be produced which would permeate the whole lump. “A little leaven leaveneth the whole lump.”

We should ever “take heed and beware” lest our Bread of Life be spoiled and lose its appeal, for we have the same leaven of false doctrines with us today. In fact there can be only these three attitudes in the church over against the Bible today as of old, namely, the Bible is not sufficient of itself; or, not every­thing in the Bible can be accepted; or, the Bible stands alone as the sweet Bread of Life uncontaminated by any leaven.

There is another very important reason why we should exclude leaven from our holy Bread.

The Bread of Life is sweet, very sweet indeed to the sinners taste. God loves us, He gave His own Son in our stead on the cross. There Jesus took away the sins of the world and we are saved by faith in Him and by the grace of God alone. What could be sweeter than that? This Bread alone satisfies the hunger of the soul and brings man to God and heaven. 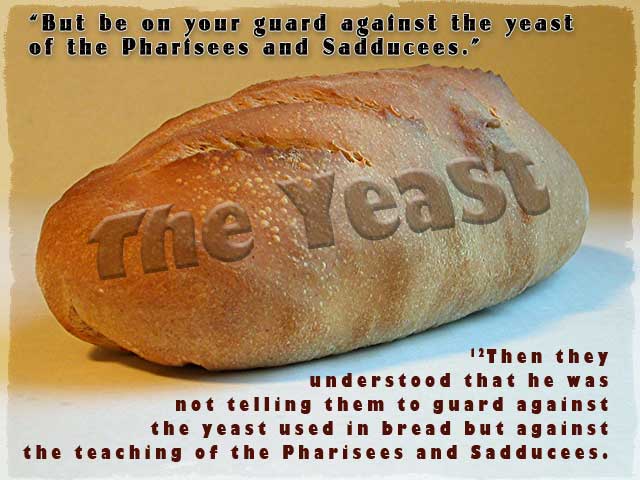 If we do not exclude leaven from our Bread and permit it to remain there, it will not only permeate the whole lump but will corrupt and destroy it. See what happened in the case of the Pharisees and Sadducees. Jesus said (John 5:39),”Search the scriptures; for in them ye think ye have eternal life: and they are they which testify of me.” In other words, they thought they had eternal life from the Scriptures, but they had deceived themselves, for the Scriptures state that Jesus is the only way to eternal life, and Him they overlooked by their false doctrines. The leaven of the Pharisees and Sadducees made the Scriptures useless as far as the way to heaven was concerned. What corrup­tion brought about by the leaven!

“Take heed and beware” is a timely warning for all of us.

All churches today who add doctrines and teachings to the written Word are permitting leaven to corrupt the Bread. It matters not whether it be tradition, or church councils, or church laws, or opinions of the fathers, or resolutions of a Synod; if they add teachings to the revealed Word they are corrupting the lump. All churches who reject doctrines because they do not conform to our sinful reason are also allowing leaven to ferment and ruin the whole loaf of divine Bread.

It is not hard to understand why the pure Gospel, the pure Bread of Life, is not offered in many of the co-called Christian churches of today. Fermentation and corruption of the Truth have caused the havoc. Truly “a little leaven leaventh the whole lump.” 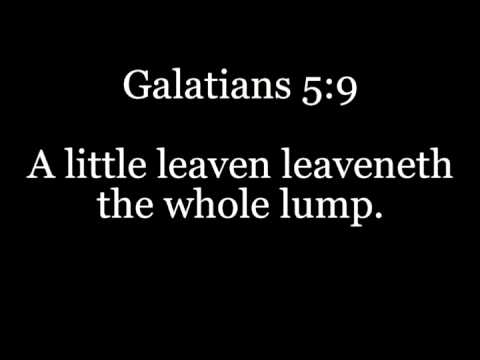 The two great principles of the Reformation are, 1. The Bible is the only source of doctrine in the church and, 2. We poor sinners are saved by faith in Christ alone, by grace alone.

May God give us His Holy Spirit so that we always beware of the doctrine of the Pharisees and Sadducees no matter in what modern form they may appear. May we always “contend for the faith which was once delivered unto the saints.” 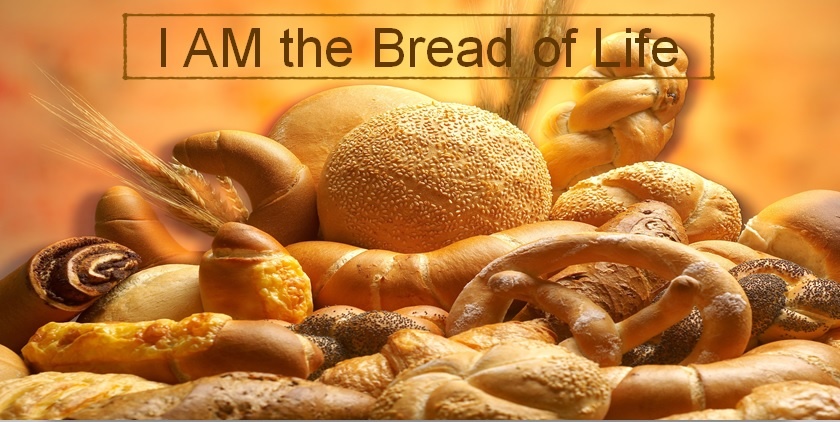 The sweetest Gospel, the purest Bread is offered us. To those who know Jesus it will never lose its taste. From this Bread we shall receive nourishment and strength to lead a life of sincerity and truth. To this end help us, dear Lord.  AMEN

PRAYER. Dear Lord, keep us on the straight and narrow path of Thy Holy Word. May it always be a lamp unto our feet that we turn neither to the right nor to the left to seek new doct­rines. Feed Thy Chuch on the pure Bread of Life until the end of days. Magnify Thy Word among us and spread its truth unto the ends of the earth. Above all, from Thy Scriptures let us see our Savior’s face, and trusting in His precious blood we know we shall see Thee face to face, never to hunger or thirst again. Grant us our petitions for Jesus’ sake.  AMEN.